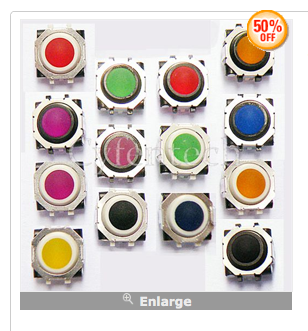 Not at all a thing of consumer culture's past but alive and well. So if your handy-dandy blackberry trackball goes out you can buy a new blackberry or find thousands of replacement parts on ebay.
Posted by Bernard Yin at 11:00 PM 1 comment:

Fire, an annual celebration. In flurries or randomly or man-made or sparked by lightning. I have seen fires devastate a watershed and despite muddy runoff in ensuing years, delightful recoveries of trout populations. There are studies that indicate that many western salmonids have a resilience to the after effects of fires. One stream I know seems to have lost what was a robust brown trout population after severe fires while the bows rebounded. Maybe the bows just rebounded 'cause the browns were gone (nudge nudge wink wink). Anyway, after a mid-day swim today, this plume rose to the east .... 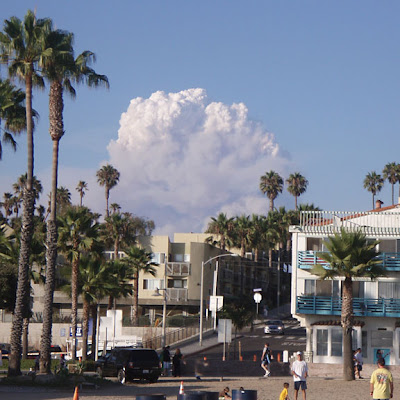 Posted by Bernard Yin at 9:22 PM No comments: 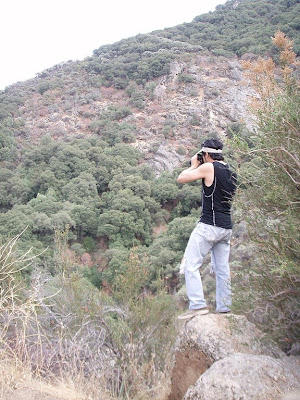 On my way back from some days of fishing in Yosemite, I decided to stop at one of my fave low elevation spring-cooled deep ravine watersheds. Using a basic "hunting" trick that has served me well, I glassed the waters for fish. Irony being that the best fish I sighted never took the fly. Later in the day, I nabbed a few medium browns and bows on a variety of techniques. It wasn't great but it was a solid workout in ugly terrain. It's late in the season and I can sense it in the fish's behavior. The challenge keeps it fun but I really should focus on higher and even cooler waters.
Posted by Bernard Yin at 11:09 PM 1 comment:

This is thoroughly confusing. I only wish I had some of the same Greek blood that made Arostotle Onassis such an insane success but can he do Tehipite in a day? Perhaps there's too much Buddha in me or at least, by genetic default, Lao Tzu. I do know one thing, Ukeleles are fun and although associated with Hawaii, were Portuguese in origin. 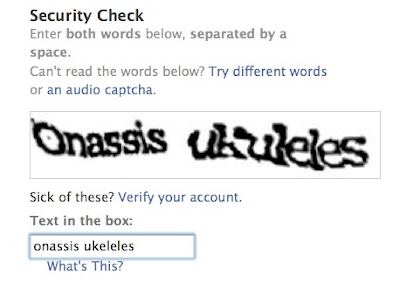 Posted by Bernard Yin at 8:55 AM No comments:

Here's a really cool little tale of So. Cal. trouting for your listening and dining pleasure. I think we all agree that warm weather, small streams and zero precipitation equals a tough formula for the fish. That said, I still wanted to evaluate the population of an obscure trickle with no name in the local hills. It's Thin Blue Line Fever at its finest (no relation to any 70s trucker movies). I also have been neglecting the locals and miss that sense of discovery. After some careful study with the help of my assistant in Black Diamond Trout crime the plan was set and some sandwiches packed (baguette with kalamata olives). * The relationship between fishing and bananas has its own special taboos (especially in salt water angling) but today, we celebrated the banana and it's value as an angling talisman. * 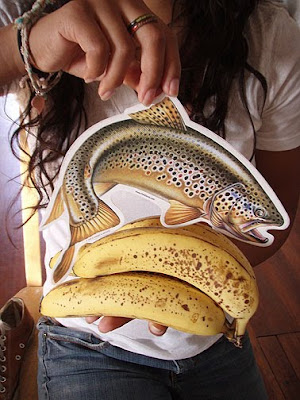 Our destination was a spot where water is barely known to flow and represented a better location for the search for reptiles than the search for fish. The terrain was not human-friendly. With the odds deliberately stacked against us, observation would be key and fishing secondary. I am not making this up! 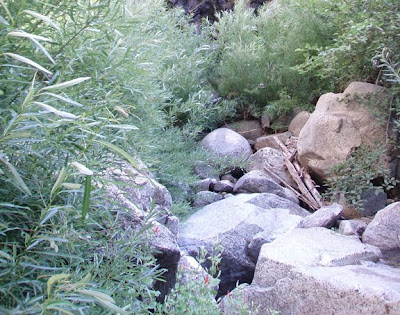 The stream was intermittent but due to the shade and altitude, the water was actually quite chilly. Observed were tons of fry which really made me happy. The next best thing however was the occasional "dead pool" (trumpets and drums please). The formula is simple: obscure stream+remote location+robust population+dead pool=home of the hog". No fry in this hole hmmm no fry in this one either. What could be "wrong"? It seems so textbook but this has served me very very well over the years and on this day it was the jackpot formula. Feeling comfortable with fishing, the rod was rigged-up and fishing began.

A lot more crawling with stealthy peering over boulders and brush followed. The fish would sometimes spook at the slightest movement and I knew that the game was serious. These fish have persisted for a reason. They are hyper-wary. Finally, tactics adjusted, I peeked around a corner and saw a dark shadow casually cruising the far end of a small and barely flowing plunge. A poor bow and arrow cast had my fly fall a good 3 feet short of the fish. After briefly readjusting my footing for I was in a precarious crouch, I looked up and saw the fish was now just under the fly. Yes folks, I was fishing a dry (#16 Stimulator). ;) In an unusually slow and deliberate fashion, the fish slurped the fly under. 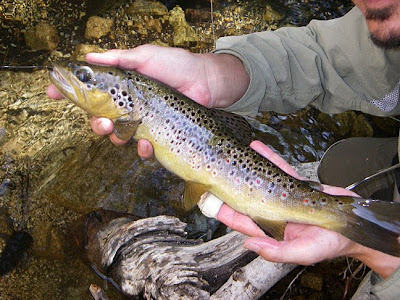 The fish was safely released with a lot of spring still in its step and we left the arroyo with a sense of wonder. The successful adaptation of a European fish species in So. Cal. will forever amaze me (carp notwithstanding).
Posted by Bernard Yin at 11:52 AM 1 comment: 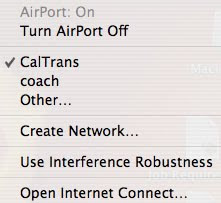 Really random here BUT I refuse to use Twitter to stand on a seemingly useless soapbox about my "discoveries". For you west slope Sierra anglers I think it's fun to point out that some of those Cal Trans rest stops along the 99 have impressively clean and fast WiFi signals. You can be minutes off of the stream and catch up on emails. After all, you are at the office!
Posted by Bernard Yin at 8:26 AM No comments: