An overdue visit to the Shasta/Upper Sac/McCloud area had me marveling at moss, dripping ferns, fall colors and fading indian rhubarb by the side of streams rich in spring water. Last time I was up here was around 1977 or 78 on a fun road trip with my dad which, despite me being just a kid, was memorable and the beauty of the region has stayed with me ever since. 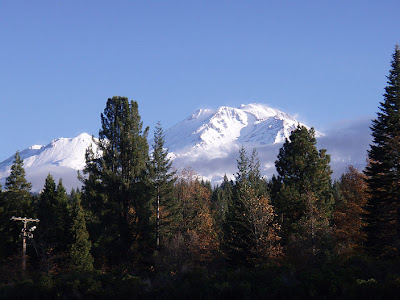 This trip was real treat from a scenic perspective if not from an angler's perspective. Also, I brought back numerous bottles of the water from that region. No wonder Nestle had their sights on this area for a water-bottling facility. This area is oozing yummy water from crags of dark volcanic rock and moss. Frequent light rains punctuated our trip and kept everything slippery as #$%^& but also seemed to keep the fish happy. Fungii abounded. 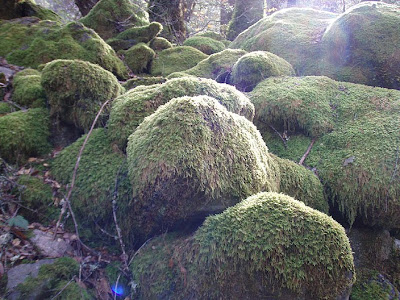 Day one had a big brown flipping me the fin as it migrated upstream. A long hard day of flogging with a few bows had me sitting streamside when suddenly this beast surfaced in front of me. It was one of those porpoise-like surface visits of a fish that was clearly migrating. It was amazing to see. I could count the spots. It reminded me of seeing salmon move up the Klamath way back when. The fish was just a few feet away and was a few feet long I might add. I later saw huge browns on redds and even had a nice one almost land on my feet as it tried to jump a plunge by which I stood. Oddly, as the trip wore on, the allure of this European invader was quickly replaced by an appreciation for the magnificent native strain of bow for which the region is legendary. Hard fighting, plump and willing to take a massive "Noctober" caddis pattern that Joe and I were developing. Since it gets dark early, we had ample time to sit around and tie each night while still getting a good night's sleep. This may be THE biggest secret of fall fishing: time and energy management is taken care of by the elements themselves. You actually get some rest in! Perhaps one of the best slaps I have ever been dealt was when I shared this "Noctober killer" fly with one of our team ("Nish" as we like to call him) who went on to catch a nice brown on it! Boy, the trout gods were on a roll! My face still stings. I have included the photo below. 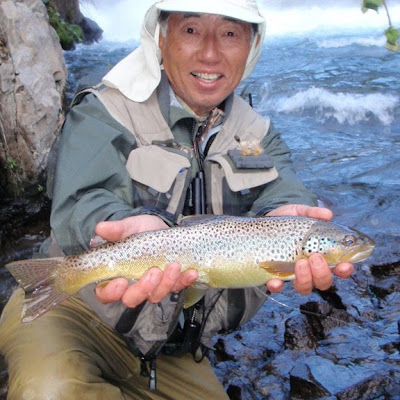 In addition to the generosity of Jimmie Morales and the great company of several guides-on-hiatus, we were treated to some streamtime with historian, photographer and "patron-of-the-trouts" Craig Ballenger. Craig is a true man-of-the rivers with an engaging personality that we initially were as much perplexed by as entertained by and a knowledge of the region that was, well, deep as the river. Visit his website: craigballenger.com One of my fave moments that can't be forgotten (solid sarcasm about to kick-in) was having some dormant yellow jackets slip into my clothes. As I warmed them up, they got active. Two stung me; one in the armpit and another on the forearm. I shook two or three others out of my clothes as I picked up a discarded aluminum can of Shasta soda. It was all too surreal. At almost the same time, Joe and I were both looking across the water when a large fish jumped for a huge caddis. We both saw it and let out a classic fisherman's "woah!". All this in a 10 minute window. Oh and I fell in a few minutes later. Never a dull moment and definitely huge fun despite the stings.
As the trip ended, my only brown was about 5" long! Oh but who cres when you have "the strain". What can be better than catching a wild native fish? Mr. Trutta, we will meet again someday to square off properly. Bows were the theme for the majority of this trip and we honor you humbly with flies the size of hummingbirds.

I'll let the photos tell the rest of the story... 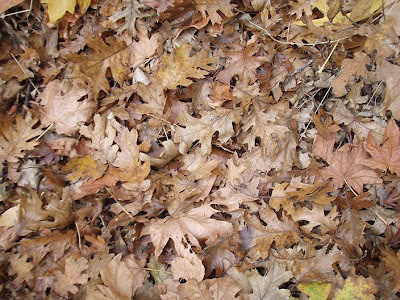 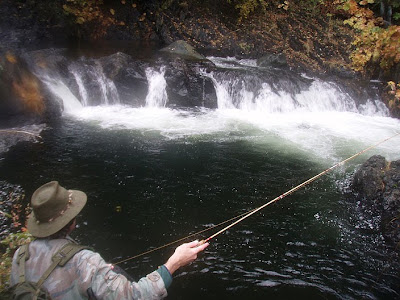 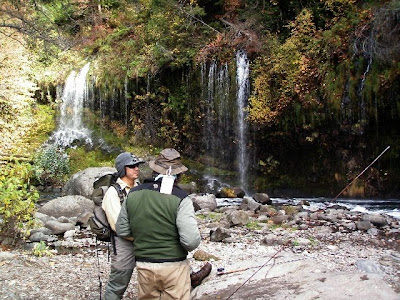 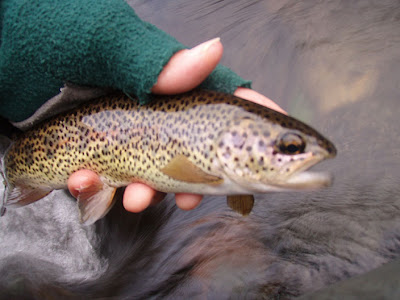 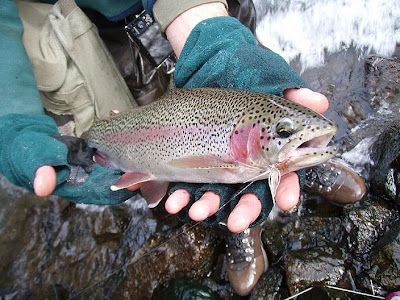 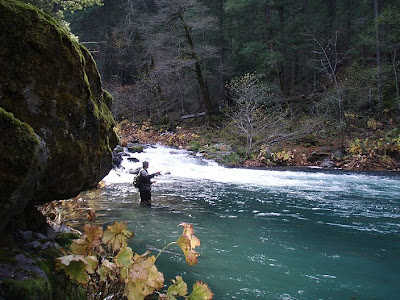 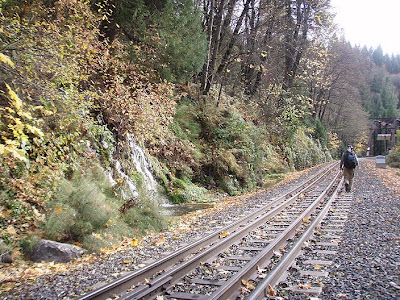 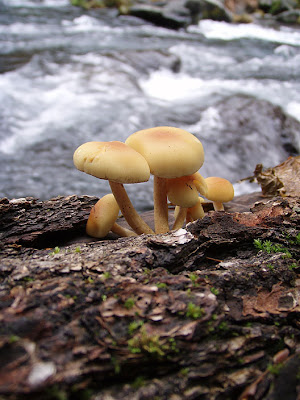 The wrap up of the fall Trout Camp was good. Fish emerged from a cold front with a vengeance and reminded me that last year, the best fishing took place a tad later in the season. Too much real world BS here in LA and I had to return. That said, you've seen the fish, now consider the critters! 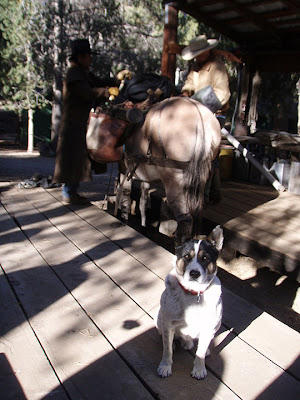 Horses and Dogs are critters too! Gotta love this shot. The dog had limitless energy and chased squirrels on the trail as we fished one day. My horse had a mind of its own and often took its own path which on one or two occasions, was the safer route. 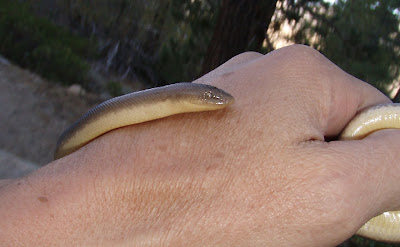 I love reptiles and this year I found my first rubber boa. What an amazing animal.
Posted by Bernard Yin at 2:39 PM No comments: