Sometimes a sign says one thing and it tells me, in my mind, something else. I took a long hike recently with a buddy with whom I had not fished with since childhood. The trailhead said "Meadows". The meadows were there but an extra mile or so coughed up a yummy gorge! Yes, water levels were lower than normal. I may refrain from returning until fall. Some of the earlier photos show the impressive amount of trail work to clear fallen trees. Many fell last year as a result of an unusually heavy wind event. Obviously, many of these trees have already been compromised by drought and/or bark beetle. It was impressive to see the crazy amount of trail-work that had been done. 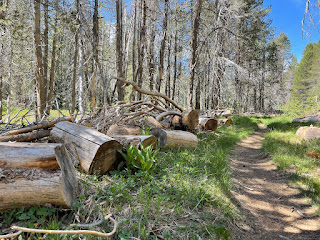 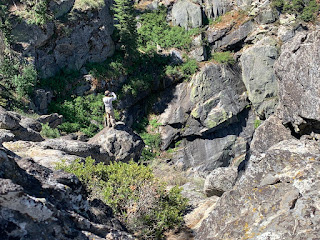 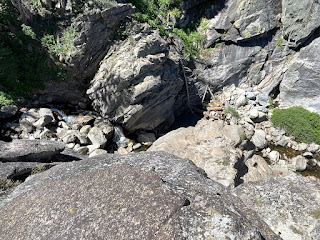